Mindreading through medieval technology plugged with a iPhone

Here you can throw a look on the structure of the contraption — based on an ancient hermetic tradition — which enabled Ferdinando to present the mindreading performance: 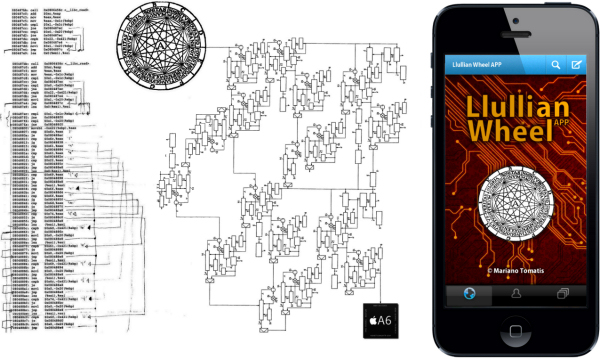 1. The performance involved a replica created by Ian and David Metcalfe based on a picture by Ramon Llull (1232-1315).